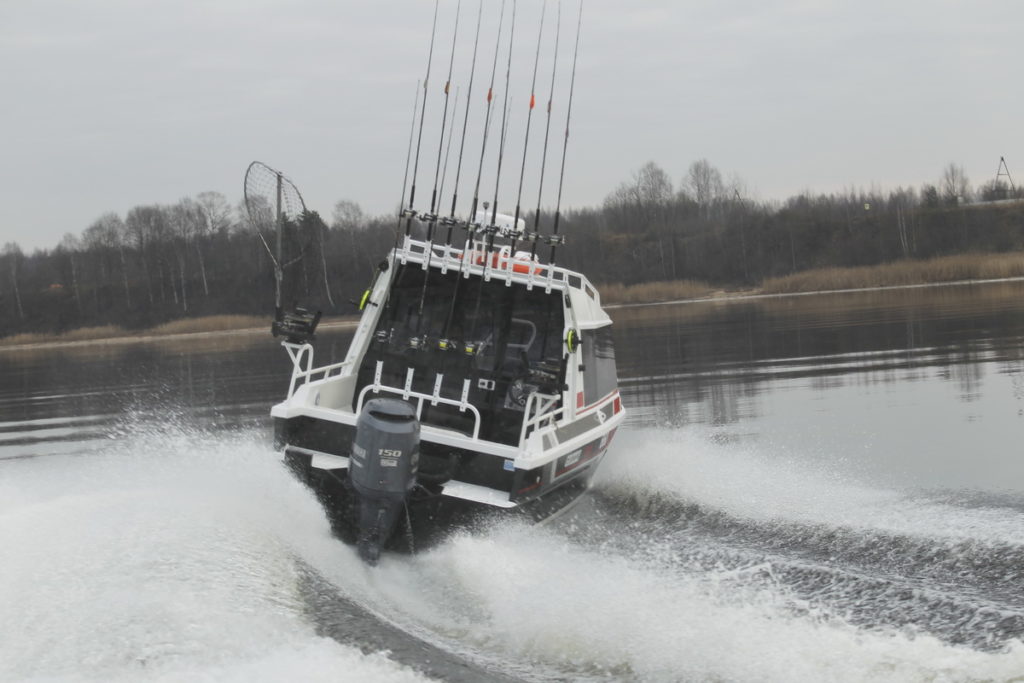 The guests of the exhibition could both come on board of the favorite boat and put to sea for test-drive, that was very important for those who planned to order a yacht for coming season. Kotka Yacht Store company offered the service and storage of crafts in Finland for those who already had his yacht.

The general partner of SPIBS became a leader in the sphere of elite building and development in Saint Petersburg – “LSR. Nedvizhimost – Severo-Zapad”. For 20 years LSR had being offered new addresses for amateurs of status  housing and in the exhibition it presented its new project – living complex “Smolniy park”. The offer of boutique-hotel “Trezini”catched fancy for those who was not interested in purchase of housing, but seeked for place of rest for week end. “Sank Peterburg” bank got acquainted the visitor of the boat-show with the service Private Вanking — a safe helper in the sphere of personal finances and Life style management. “Avtobiografiya” company, an official dealer of Jaguar and Land Rover , made a real surprise for the guests: exclusive car Jaguar XJ showed off on the restaurant embankment . Insurance company “Rosgosstrakh”, which provided a safe insurance protection of property on water and on land,  became a traditional partner of organization of such events. The winners of the  prize drawing won luxury sets of elite textile by TOGAS and gifts from other partners.

During  SPIBS the professionals of yachting industry gathered together at the round table to discuss the problems and perspectives of Russian branch exhibitions and they marked in conclusion the use of such meetings. During gala dinner the partners and the participants of the event with delight looked at cooking show by restaurant Le Cristal and the producer of premium home appliance BORK, and the special atmosphere of the evening was made by fashion show of  Michal Negrin collection and by bright musical band of Sergey Tarusin.