1-3 September 2016 at the Imperial Yacht Club Saint Petersburg International Boat Show 16 was held; it had already become a traditional autumn yacht show in Palmyra of the North. The magazine Motor Boat – Russian edition became the organizer of the project. At the Yacht Club moorings the models of famous European brands in length from 8 to 23 meters were lined, among them there were  popular Grizzly boats, and besides the latter brought to SPIBS completely new models of the boats – Grizzly 850 Firestorm and 840 Racing. I will not go into the description of the boats, and will focus only on the details and fundamental aspects that distinguish Grizzly of 8th series from numerous representatives of this type of boats. First of all it’s a good design that highlights the boat on the background of similar products of Russian and foreign shipyards. Qualitatively welded and painted hull made of aluminum alloy is endowed with nice, neat fiberglass superstructure, and together they create an impression that Grizzly in any modification is created especially for a family holiday on the water.
Exhibition visitors could come aboard and go to sea for a test drive; that was very important for those who planned to buy a yacht for the upcoming season. 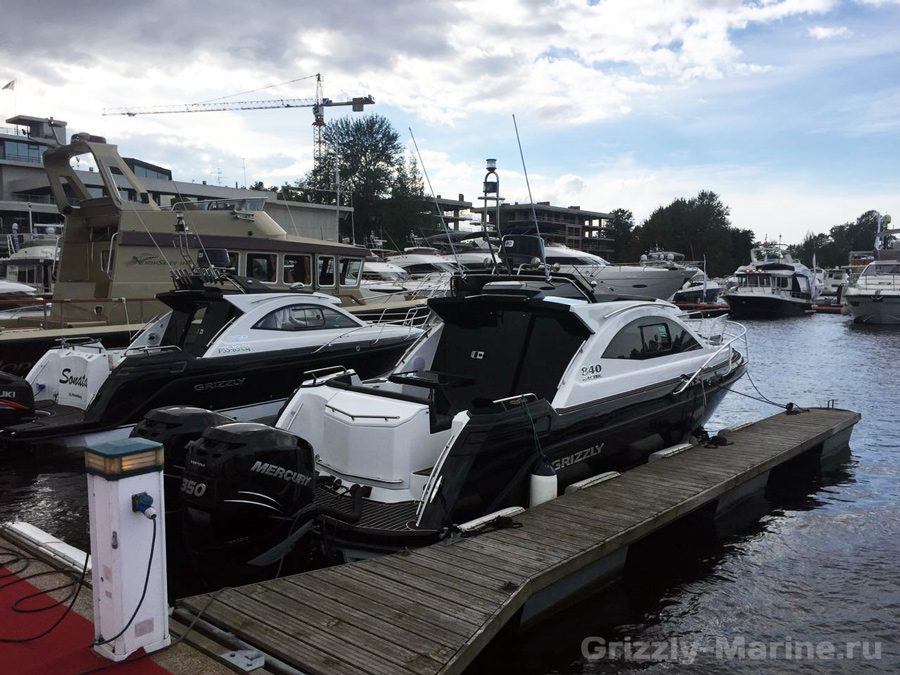 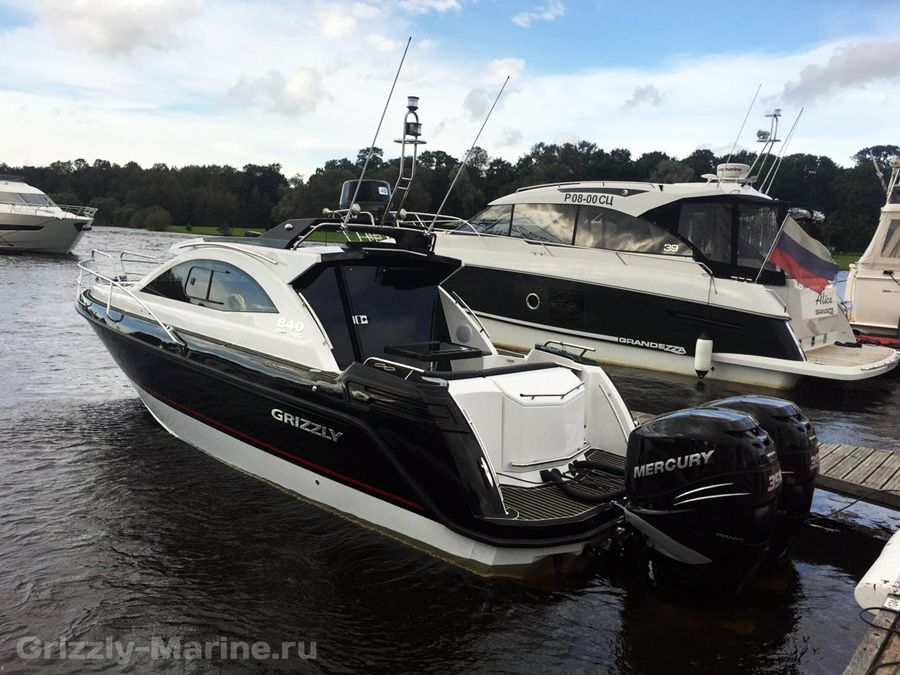 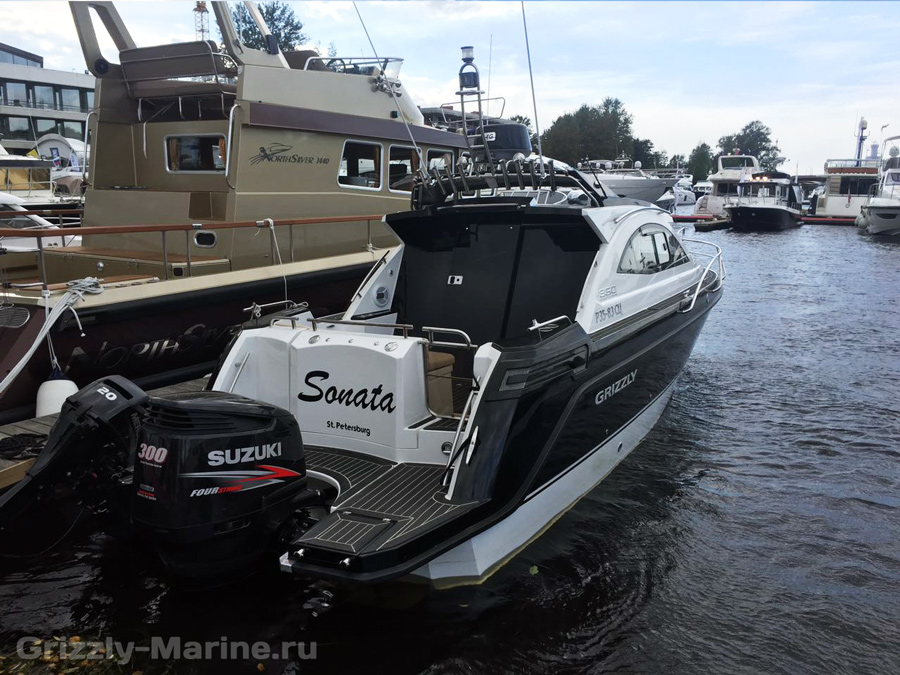 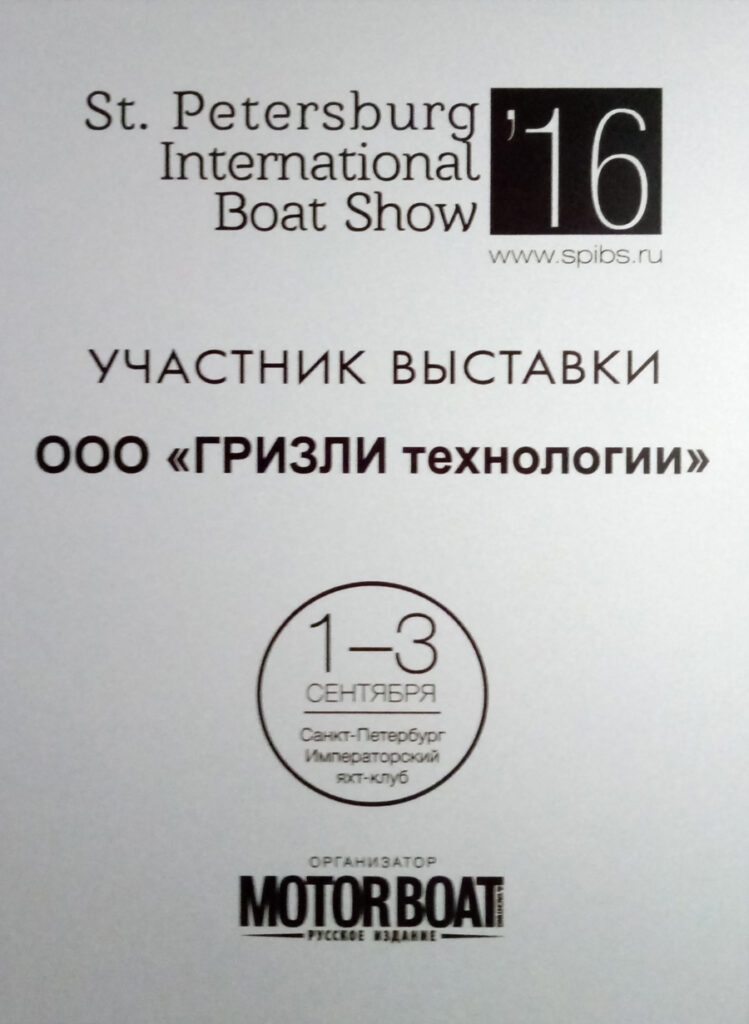